In Honor of Harry Krumm... A WWII HERO

Harry Krumm was one of those brave souls that helped to rescue Herman Beaber and over two thousand other internees at Los Banos with the 11th Airborne division, nicknamed "The Angels" on February 23, 1945. According to reports he made nine combat jumps, each one was almost as suicidal as the next but he came through with only a little scrapes and wounds. Having seen the cruelty of the enemy Japs and the starving bodies of the rescued, he never had any mercy for the enemy. On one jump he and his fellow paratroopers had to jump into enemy lines. Coming down they were open targets. His buddy was riddled with bullets. Harry landed first without a wound and his buddy landed on top of him. He was covered with blood. Now comes the Jap soldier to finish them off. Harry said... "I never held my breath so long in my life." When the Jap was satisfied they were both dead, he urinated on both of them and went on. I guess it was a kind of oriental humiliation ritual. This is perhaps why Harry never had much love for them after all that. Harry is gone now, to be with "The Angels" but his memory will live on forever.

The following are copies of two thank you letters which were sent to Harry Krumm. These two letters are in a glass case with his Army Awards and are pretty special to his family. (see photos below)

Just a note to tell you how thankful I am to get to know you. Years have gone by since that eventful day when we saw the parachutes descended and our countrymen came to deliver us from starvation and death.

After liberation we heard that one of the paratroopers was in the hospital with a broken ankle. We went to visit him and we learned that his last name was Beaber, like mine and it turned out that he was a distant relative!

I kept a sort of diary of my three years under the Japanese and I will copy for you the last paragraph. " We feel heavily indebted to our rescuers. We are mighty proud to be citizens of a great country like the United States. On the other hand, we are grateful to God for His care and protection, and now that He has spared our lives... we feel more inclined than ever to give Him our best." 'Our' Deliverance is coming! Harry, I understand that you are not very well, but what can we expect at our age? I will be 90 in a couple weeks. I have had left hip replacement and use a wheelchair all the time now.
Our very best wishes to you and many thanks for your past in helping to rescue us. Greetings,

Friends of mine tell me you were one of those paratroopers that landed in our camp Feb. 23, 1945. Thats 52 years ago now and I have had all those 52 years as a result of you and the others rescuing us that day. That was a great day and I have pretty clear memories of it. It would be hard to erase that off of ones mind. That was a wonderful operation and I don't believe there was another to compare with it in any way. Most of my companions of those days are gone now. Old age is taking us one by one.

I continued to preach in the Philippines for 20 years, 25 in all. I also worked in Guam for some years and other of the south Pacific islands. I'm still actively preaching here in the states now and hope I can keep it up for a while yet. My age is letting me know it is there so one day I'll finish my course. I want to thank you and let you know that you did a great job and I'm sure that was only a fraction of your accomplishments.

Greetings and best wishes in every way.

There were two troopers with the name of Beaber that joined the 511th PIR when it was organized
in Feb. 1943. G.D. Beaber, served in C-Company. I do not show his name as serving with the 511th
in the Philippines. N.W. Beaber, served in HQ2-Company. N.W. Beaber received the Combat
Infantry Badge after the Leyte Campaign. He could be the trooper Herman Beaber made referenced
to. Neither of the two ever joined the 11th Abn. or 511th PIR Associations. 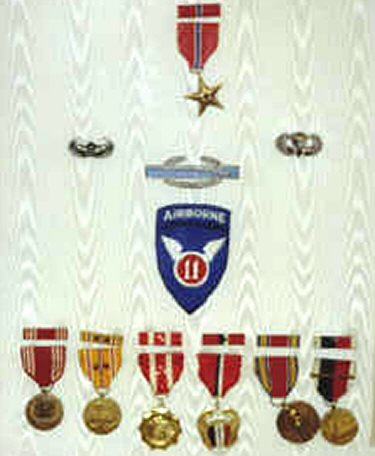 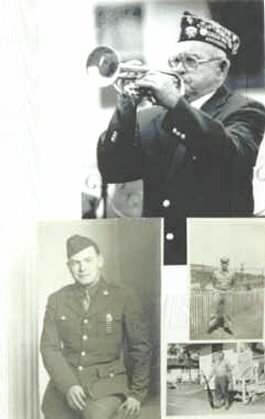 Reading the U.S. Armed Forces Criteria for these awards will give an idea of Harry Krumm's achievements.


The materials on this web site are made available for use in research, teaching and private study.
For those purposes the user may reproduce these materials (by download, printing, etc.) without further permission.

To my knowledge, all graphics and pictures on this site are public domain. If not, I apologize and will correct any errors.